Your starting point for OMBEA

In this section we’ll hold your hand all the way from software installation through running your first vote and, finally, generating a report on the data you collected. We’ve also included a handy glossary in the background section so you get a better understanding of your OMBEA Audience Response System.


Get started by deciding which piece of software you would like to learn first. 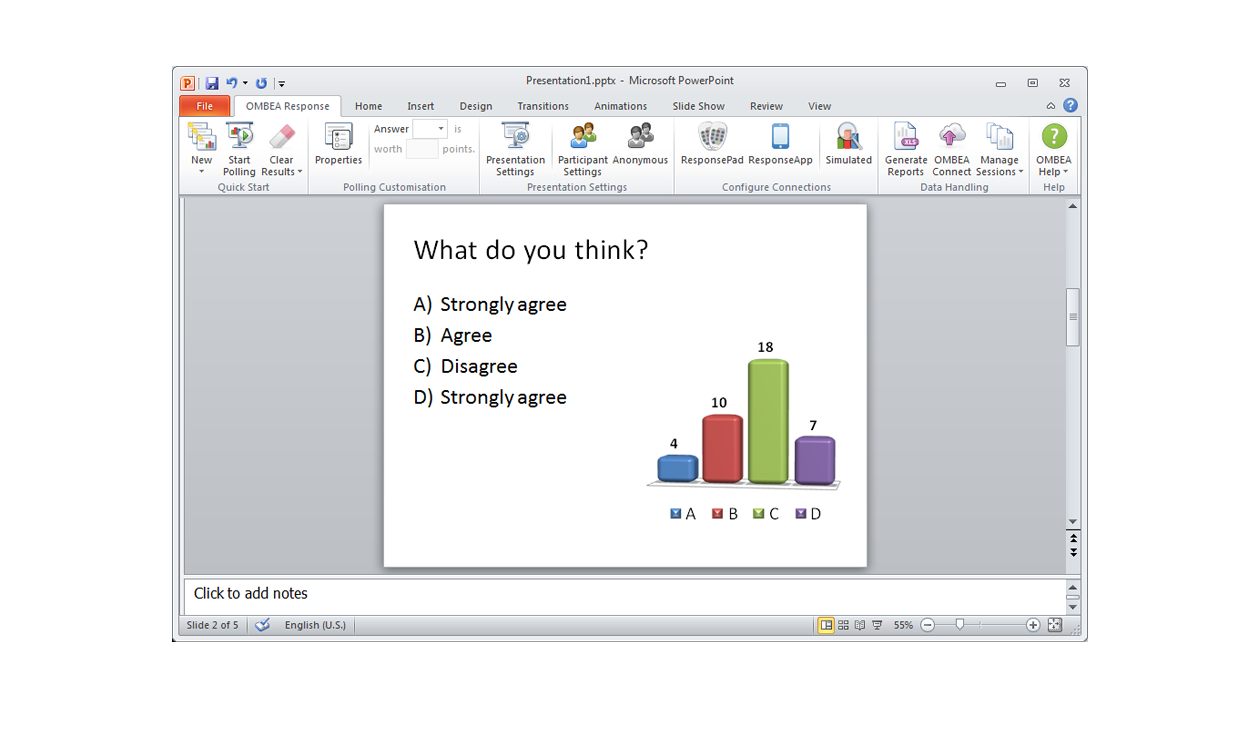 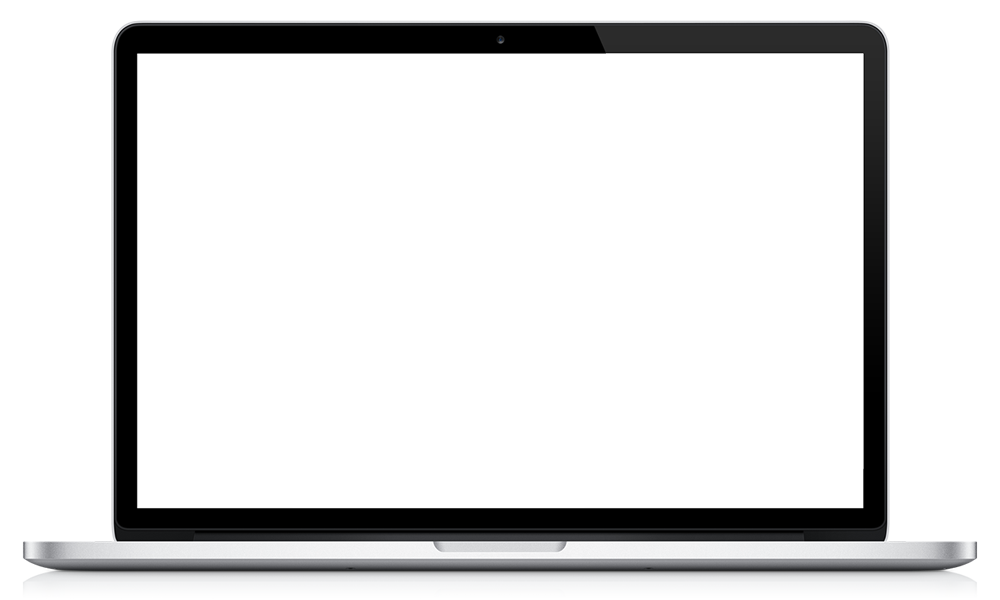 A plugin for Microsoft PowerPoint for those of you that prefer to present within PowerPoint. OMBEA Response is available on Microsoft Windows only. Get Started. 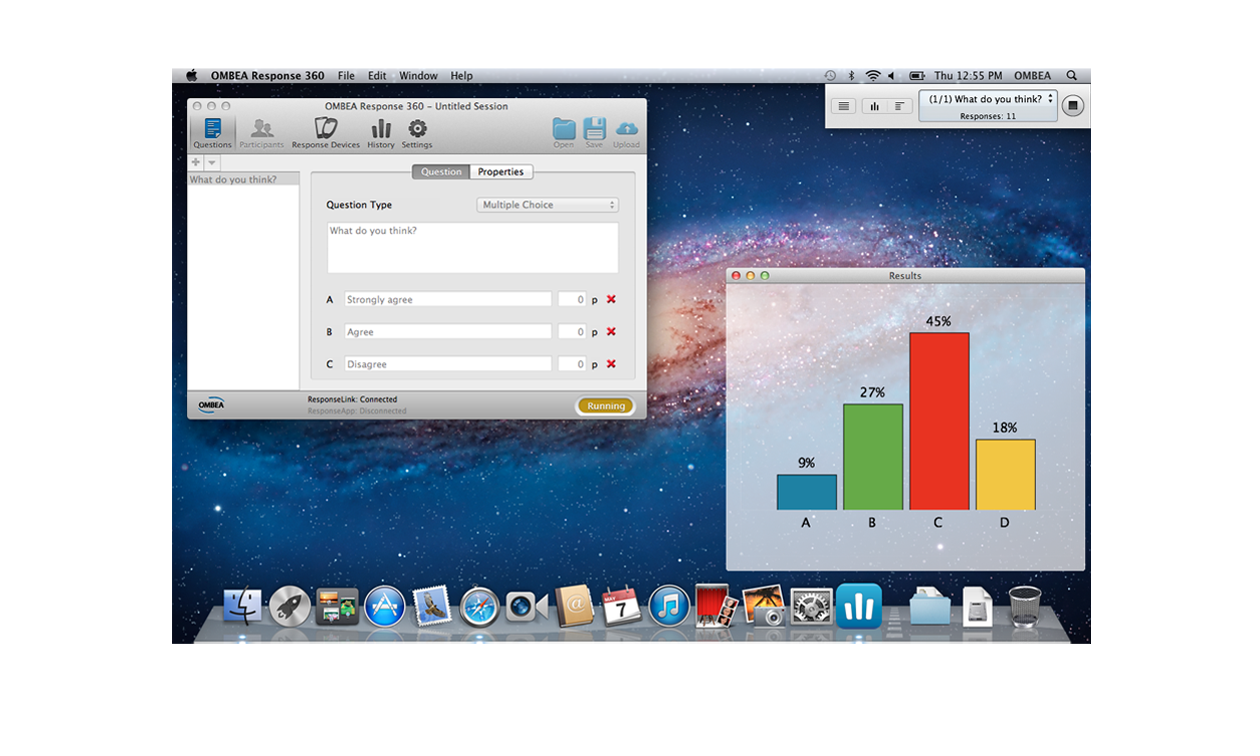 A floating toolbar for use with anything that’s not PowerPoint, such as PDF files, online videos, or other presentation tools like Prezi and Keynote. OMBEA Response 360 is available for both Windows and Mac. Get Started.